The study visit, recently held at Duruitoarea Veche in Rascani district, offered us memorable experiences of BILDUNG – community development and personal and professional development for its members. Thus, the tireless community leader, Nicolae MOSCALU, from AO “Moștenitorii” from Bălți, managed for several years to mobilize the community in offering interesting rural tourism services. Obviously, the cornerstone was laid by several projects funded by development partners, but later the villagers began to renovate their households (over 20), to arrange them so they would look more authentic, in order to be of interest for the tourists.

The unique landscape benefits them enormously: the ancient cave and the gorge, accompanied by a chain of limestone rocks, which dates, according to archaeologists, to about 300,000 BC, but also the Prut River (one of the cleanest in Europe), in the vicinity of Stanca-Costesti has significant tourist potential. Then the museum in the village, also created at the initiative of Mr. MOSCALU and maintained on a voluntary basis by several locals, offers unique antique exhibits, including ones from the Cucuteni culture. The children art course in the field of glass painting surprised us with a multitude of original aesthetic results.

Walking through the village, accompanied by a guide and breathing the fresh and cool autumn air, not far from the museum located in a former aristocratic mansion, I discovered a special house, covered with reeds and surrounded by an oak fence built with mastery by a local at the command of a foreign citizen. The traditional dishes (zeama, sarmale and the indispensable plăcinte), served like at my mother’s house in another peasant household, left us with unforgettable memories.

Locals want local public authorities to be more involved, regardless of political belief, to feel support in their entrepreneurial initiatives, but also in the moral-spiritual activities that they need so much.

Researcher in the Bildung project within the European Erasmus + framework 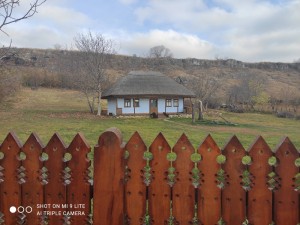 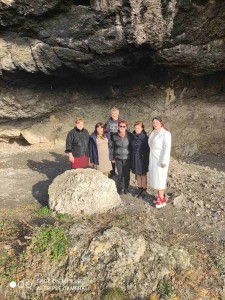 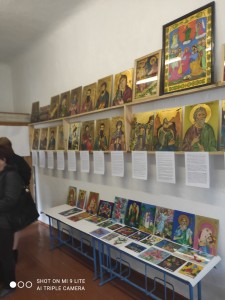 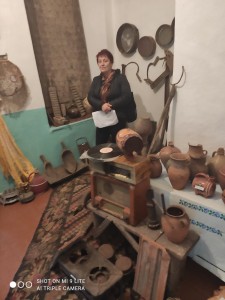 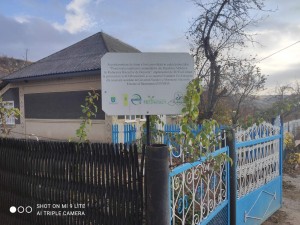