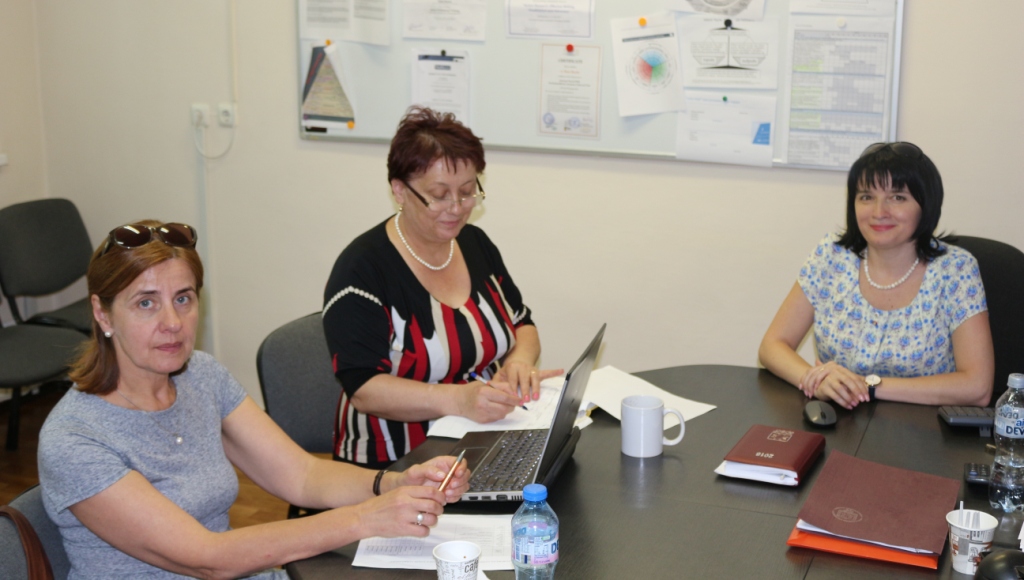 The project is financed by The Ministry of Foreign Affairs of the Republic of Lithuania from Development Cooperation and Democracy Promotion Programme funds.

The project is targeting all pupils at age 15–18, who learn civic education or/and participate in the course “Education for EU integration“.
Project supports corruption prevention actions in all over the country by educating consciousness, critical minded and responsible citizens.
Project aims to develop and implement anticorruption education tools in secondary school education.

Target groups – teachers of the course “Education for EU integration” and pupils.

This module will support already existing course “Education for EU integration” (and civic education program). The module will contribute to the implantation of state anticorruption activities. It will help National Anticorruption centre to implement its action plan connected with public awareness raising and corruption prevention.

The project was funded by the Ministry of Foreign Affairs of the Republic of Lithuania from the Cooperation Program for Development and Promotion of Democracy and was held in partnership with the Modern Didactics Center in Vilnius, Lithuania, between May 2018 and April 2019. The total budget was 7588 Euros.

The initiative was addressed primarily to pupils aged 15 to 18 who study Civic Education and/or  the Optional Discipline “European Integration for You” but also other socio-humanistic subjects: Romanian history, language and literature, education for society, personal development and the optional discipline “Reading, learning to be”. The didactical activities carried out have supported the activities of preventing and eradicating corruption in the state by educating conscientious, critical and responsible citizens, aiming at the development and implementation of anti-corruption education in secondary education.

Promoting the principles and values of the education for the integrity on the page www.prodidactica.md, including:
http://prodidactica.md/profesorii-preuniversitari-continua-educatia-pentru-integritate-in-scoala/;

in the Didactica Pro magazine … (2018-2019 editions); and on TVR Chisinau: http://tvrmoldova.md/social/20-de-scoli-vor-semna-o-declaratie-de-integritate-si-vor-primi-statutul-de-scoala-onesta/.

Impact: The module supported the implementation of anti-corruption activities at the state level, thus helping the National Anticorruption Center to implement its action plan on the eradication of the corruption phenomenon. The project beneficiaries appreciated the originality and usefulness of the materials proposed for implementation, but also the professional development seminars for teachers, all of which helped them to become resource persons not only in the institutions they represent, but also at district and republic levels. The piloting of the module has shown positive results regarding the correct perception of the phenomenon, as well as the serious consequences of corruption. Promotion activities have sensitized managers, teachers and other educational actors involved, motivating them to engage in eradicating corruption, starting with their own person, family, and institution.

Lessons Learned: Education for integrity remains an extremely sensitive issue in our context. The vast majority of pupils from the beginning expressed their negative attitude to the phenomenon, condemning it and bringing many examples from the lives of parents, relatives who had to give bribes. However, adults – managers, teachers and parents – recognized the age, rooting, dangerous extension of the phenomenon, and the need for careful and profound approach and, of course, lasting education. However, corrupt practices have been massively identified at a political and macroeconomic, socio-cultural levels and the educational field is not at the top but far from being incorruptible in the past and present. The fact that only 5 schools out of 20 have expressed their intention to fight the fight against corruption in their school and to launch in the process of obtaining Honorary title Honest School is a plausible indicator for continuing initiatives in the field.